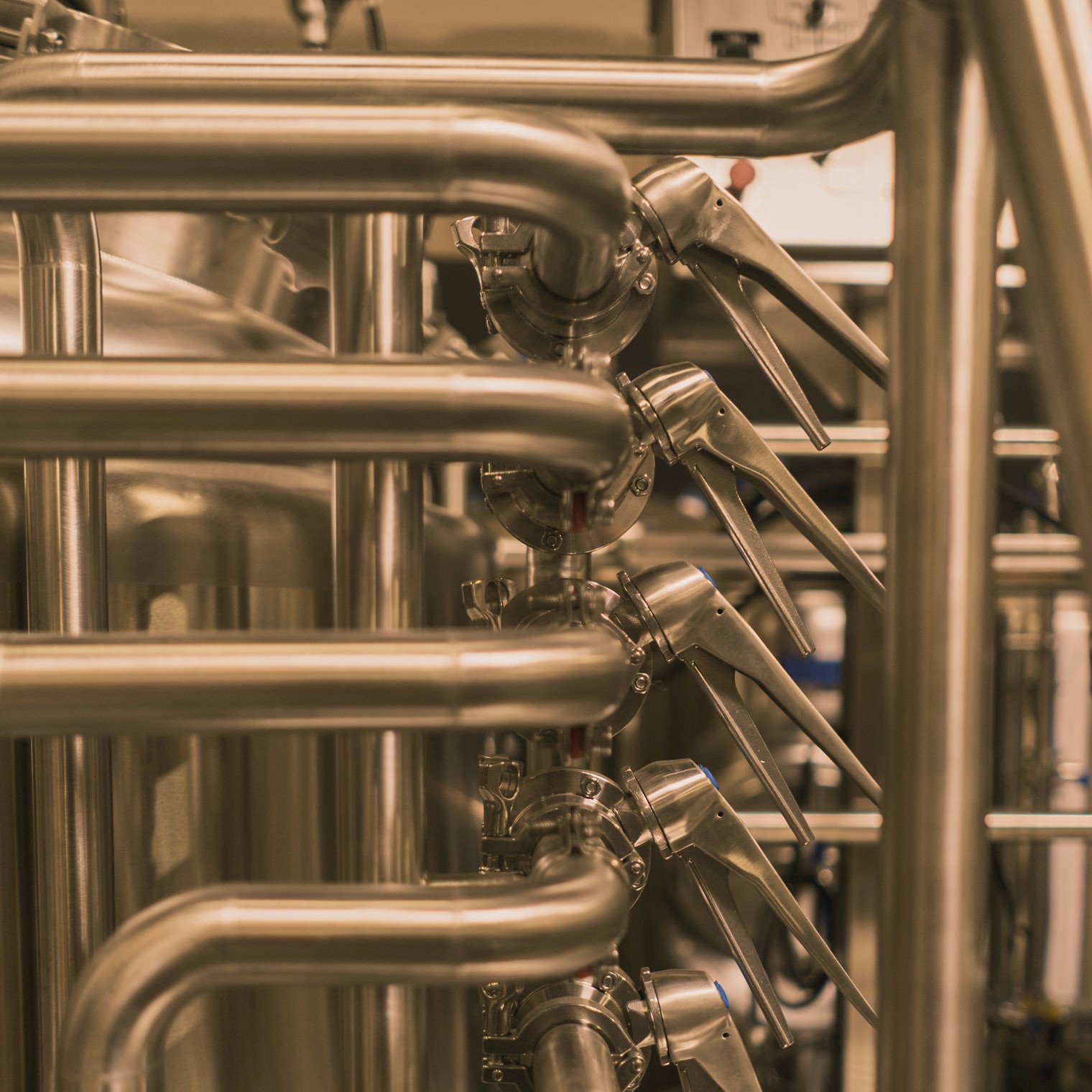 Craft beer reached another unprecedented milestone in 2017. The total number of breweries in operation in the U.S. passed 6,000. Though the exact number has yet to be revealed, that’s at least 700 more breweries than we had in 2016, and more than double that of just four years ago. 83% of drinking-age Americans now living within 10 miles of a brewery.

15 top brewers in America forecasted the beer trends at the end of the year 2017:

“2018 will mark the year when people begin to realize the most valuable thing they have actually aren’t the small-batch beers in their fridge; it’s their time. Time can only be spent, never saved. There will be an awakening that once people realize they don’t have to spend their time waiting in a line to get a beer, order a beer, or pay for a beer… It also should be noted that all of the time not spent waiting in line can be repurposed by people to socializing and drinking beer, which is a much better pursuit and higher calling.” — Shane C. Welch, founder, Sixpoint Brewery

“I believe balanced craft lagers will continue to grow in popularity with experienced craft-beer drinkers. There is an element of fatigue that sets in with consumers that are bombarded with countless new options, many of which are less drinkable because of high bitterness or ABV levels. Fresh pilsners or American lagers offer a reliably delicious standby to craft drinkers who may occasionally want to simplify a bit. Some of the most trendsetting craft breweries have been championing these styles lately, which should continue to drive growth.”— Adam Beauchamp, brewmaster and co-founder, Creature Comforts Brewing Company

“I think we’ll continue to see the decline of flagship brands. Consumers have so many options on the shelf and want to try them all. This will stress the regional brewers more than the small breweries, but it will hurt the smaller breweries as well due to the overload of options that bars, restaurants, and liquor stores have.” — Troy Casey, owner, Casey Brewing and Blending

“The rise of using high-quality fruit in funky or barrel-aged beers will continue to progress and persist to trend in 2018. There is a cult of us that are inspired by the great lambic producers in Belgium. The lambic producers’ use of fruit in spontaneously fermented beers is incredible and it’s influencing the American craft scene. I think we’re still in the early stages of learning how to use fruit with mixed-culture beers; there is so much diversity that is possible and the flavors are incredible.” — Josh Pfriem, co-founder and brewmaster, pFriem Family Brewers

“We’ll see lactose sugars added to more hazy, juicy, New England-style IPAs, and thus the production of more thick and creamy milkshake IPAs, which are made with lactose, oats, vanilla, fruity hop varieties, and high-pectin fruit. Low bitterness and lush citrus and tropical-fruit notes are hallmarks of the hugely popular New England-style IPA, along with a creamy, soft mouthfeel. Lactose is an ingredient that compliments and brings out these components while also adding a pleasant sweetness.” — Erich Carrle, head brewer at Magnify Brewing Company

“More breweries will open up satellite locations—smaller locations that allow brewers to focus on quality and direct feedback from fans. We now have a 1,000-square-foot brewery and taproom and are looking to add another.” — Chase Healey, brewer and founder, American Solera

“Sour IPA will prove to be a trending style in 2018 because I think it forms a necessary and lasting connection between two of the world’s most popular styles and does so in a way that doesn’t seem forced but allows both the producer and the consumer to re-imagine what each of those parent styles ‘should’ look like, drawing them closer to each other and providing opportunity for dialogue between the two; specifically in the exploration of varying levels of acidity within the context of ‘New England-style IPA’ and how that impacts late-end hop oil expression.” — Jason Synan, co-owner and brewer, Hudson Valley Brewery

“Brewers are learning more about malt and continuing to delve into different barley origins. This will result in better barrel-aged stouts and barleywines, and bigger production of reds, browns, and porters.” — Tim Matthews, head of brewing operations, Oskar Blues Brewery

“There’s been a real rise in design in the beer industry. Now that there are over 6,000 breweries, and with constantly rotating beer selections and the rise of the can, strong visual identity and label art are super important. 2018 will see more focus on design that’s graphic, bold, and speaks about the breweries that make them. Coming from art backgrounds, we try to develop a visual language that’s unique and represents us, but that allows for wide variation between labels. I think in 2018 breweries will have to use design as a way to get noticed. I think simplicity, cleverness, and quick graphic attraction will win out in 2018.” — Basil Lee, co-owner, Finback Brewery

“I think we’re going retro next year. With the crazy innovation development with substyles such as hazy IPAs, dessert stouts, etc., in recent years, a lot of breweries have forgotten good old beer styles they used to brew but discontinued for these new, more modern categories. I think more brewers, including myself, will bring some of those throwback styles like Belgian quads or even light and crisp IPAs, if only for a limited release, to show that we’re still proud of what we did back then even though they might not live up to today’s hyped styles.” — Jeppe Jarnit-Bjergsø, owner, Evil Twin Brewing

“Craft breweries will continue to be proven economic engines, and more local governments and developers across the country will figure that out. When we were looking for a location for our brewery five years ago, we found that there could be many administrative roadblocks from local governments, or developers who owned buildings. And they had no interest in working with us, mostly because they had no idea what we were, why we were doing it, or what it was going to look like. However, just in the past year, we now have both private developers and towns in Maine actively courting breweries to come and set up shop. They have figured out that not only can a brewery bring manufacturing, and the jobs that go with it. But they also have positive ripple effects in the local economy. They do this because you can’t experience a beer, or a tasting room, over the internet. You have to go there, see it, feel it, and taste it for yourself. This creates foot traffic, anchor points in neighborhoods, around which other small businesses can then come in and flourish. My friend, Heather Sanborn, co-owner of Rising Tide also here in Portland, calls it ‘manufacturing tourism.’ She’s right, and it’s going to become a critical part of the revitalization of many neighborhoods and towns across the country.” – John Bonney, co-founder, Foundation Brewing Company

“Beer with a sense of place, created with local, cultural, and sustainable ingredients, are paving a bigger future with flavor that is often only available where the product is being created. We’ve observed the farm-to-table movement from chefs, and brewers are increasingly applying the concept to their own work. It gives consumers a much more intimate connection with the beer, having it been created from ingredients grown in their own backyard, from neighboring farms, from ingredients with cultural importance to their area.” — Todd Steven Boera, owner, Fonta Flora Brewery

“Two things. First, yeast will continue to be explored and experimented with, especially among farm-based breweries that grow and forage for their own ingredients. This includes the use of mixed-fermentation techniques, unique strains of wild yeasts like pichia and lesser-known grape varietals (we’re making a beer with Chardonnay musqué), and Champagne yeast. And second, there will be more badass female brewers coming to the forefront, like Natalie Baldwin, Lisa Allen, and Whitney Burnside in Oregon.” — Christian DeBenedetti, head brewer and founder, Wolves & People Farmhouse Brewery

“Two gigantic foreign-owned brewing conglomerates dominate the U.S. beer landscape, making almost 90 percent of the beer in the U.S. They have been buying up independent craft brewers without making it clear on their labels who the real owners are. Beer drinkers looking for a real craft beer have been surprised to find out that what they thought was an independent American craft brewer was in fact owned by an enormous global brewer and brewed by the large global brewery. This practice can threaten the viability and market access of small and independent craft brewers from Sam Adams to the smallest local startup. In an effort to give beer drinkers more transparency about who really makes their beer, craft brewers nationwide including Sam Adams are adopting the Brewers Association’s Craft Brewers Seal to help drinkers clearly identify, choose, and support independent American craft beer. I think we’ll see more craft brewers adopt the seal in 2018.” — Jim Koch, founder, Samuel Adams

Tags : Craft beerBrewersmixed-fermentationfermentationBrewhouse
Please feel free to give your inquiry in the form below. We will reply you in 24 hours.
News
Products

Other Machines For Brewery